The U.S. Collects Lower Level of Corporate Taxes Than Most Developed Countries 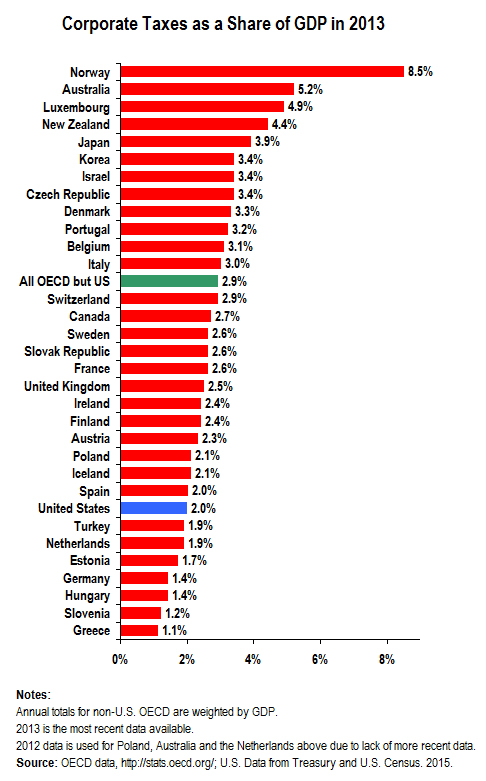 U.S. corporate income taxes have continually declined as a percentage of GDP since 1945. Yet there is a growing and vocal movement among well-financed lobbying groups to push federal lawmakers to lower the corporate tax rate. These business-backed groups claim the U.S. corporate tax rate is too high, citing the  35 percent federal statutory tax rate. But that narrow argument ignores critical facts such as the many egregious tax breaks and loopholes that pervade our corporate tax code. A 2014 study by Citizens for Tax Justice examined five years’ worth of data and found that Fortune 500 companies paid an average federal effective corporate income tax rate of 19.4 percent, which is substantially less than the U.S. statutory rate of 35 percent. In fact, the same study found that many profitable, large U.S. corporations such as Boeing, General Electric and Verizon paid no federal corporate income taxes at all.[1]