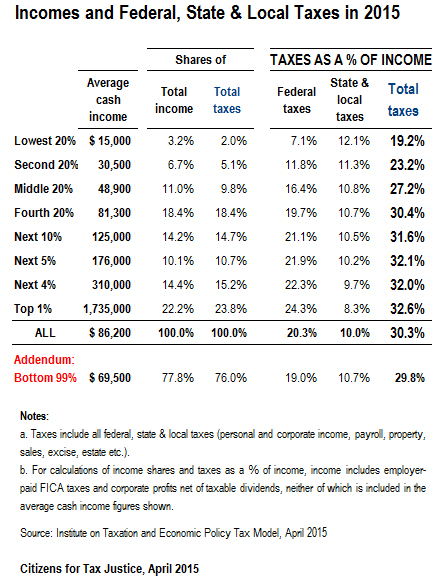 But in sum, the nation’s tax system is barely progressive. Those who advocate for top-heavy tax cuts and erroneously claim the wealthy are overtaxed focus solely on the federal personal income tax, while ignoring  other taxes that Americans pay. As the table to the right illustrates, the total share of taxes (federal, state, and local) that will be paid by Americans across the economic spectrum in 2015 is roughly equal to their total share of income.

Many taxes are regressive, meaning they take a larger share of income from poor and middle-income families than they do from the rich. To offset the regressive impact of payroll taxes, sales taxes and even some state and local income taxes, we need federal income tax policies that are more progressive.

These tax credits are only available to taxpayers who work and therefore pay federal payroll taxes. These progressive provisions do make the income tax more progressive, but overall they do little more than offset the regresssivity of other taxes that poor and middle-income families pay.

Estimates from the Institute on Taxation and Economic Policy tax model, which are illustrated in these charts and tables, include the following key findings:

■ Contrary to popular belief, when all taxes are considered, the rich do not pay a dispropor­tionately high share of taxes. Although each income quintile pays combined federal, state and local taxes that are roughly equivalent to their share of the nation’s income, this by no means indicates our tax system is fine as is.  In a truly progressive tax system, millionaires and billionaires wouldn’t be paying roughly the same tax rates as working families earning $100,000 per year. 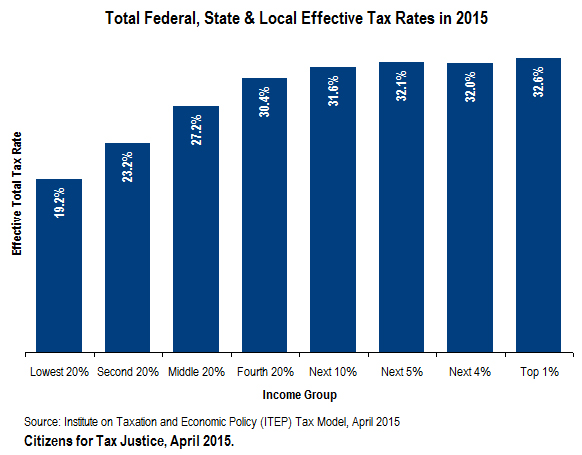 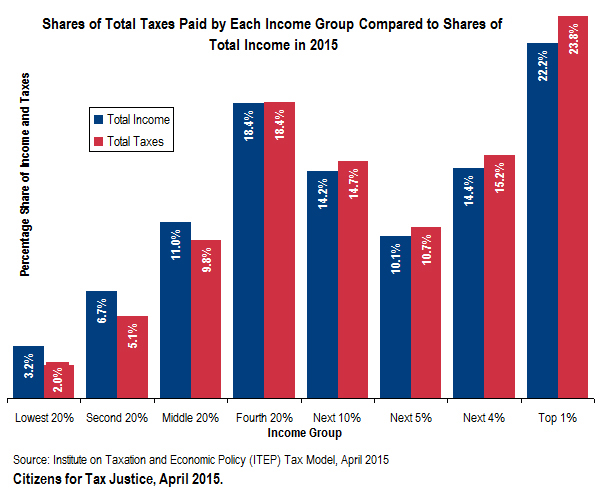