Earlier this week, President Barack Obama released details of his proposed federal budget for the fiscal year ending in 2017. While many cynical observers and some members of Congress immediately derided the budget blueprint as an irrelevant exercise in political theatre, the President’s plan actually includes a number of sensible ideas that could help point the way to meaningful federal tax reform in years to come. Here’s a quick overview of the best—and the rest—of the tax policy ideas in the Obama 2017 budget plan.

The President’s proposed budget includes $3.2 trillion in tax increases over the next ten years, most of which would fall primarily on the wealthiest individual taxpayers and on corporations. Obama proposes to use about $400 billion of those tax hikes to pay for targeted tax cuts, primarily for middle- and low-income families, and would use the rest to pay for needed public investments and to reduce the deficit.

Where the Money Comes From 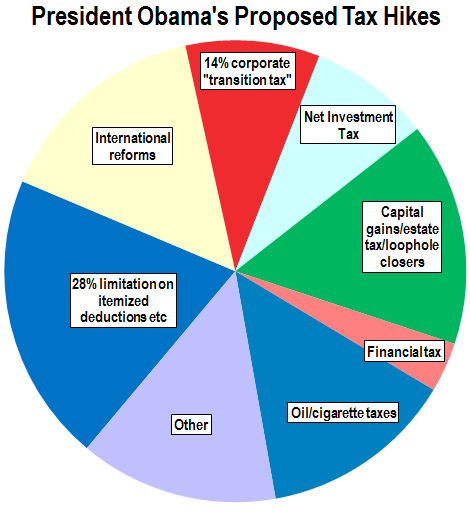 President Obama’s budget would raise about $3.2 trillion in new tax revenues over the next ten years from a diverse set of sources, primarily affecting wealthier taxpayers and large corporations, but also including an “oil fee” and a cigarette tax hike that would have an impact on middle- and low-income families.

Roughly 15 percent of the new revenues in Obama’s proposal would come from a variety of proposals designed to pare back tax benefits accruing to wealthy investors. Most notably, the President would increase the top tax rate on capital gains to 28 percent, revitalize the estate tax by increasing the top rate, end the “stepped up basis” tax break that allows many wealthy investors to avoid any tax on their capital gains, and repeal the “carried interest” loophole that allows hedge fund managers to characterize income as capital gains.

Another fifth of the revenue-raisers would come from a single provision, known as the “28 percent limitation,” that would limit the value of itemized deductions and other tax breaks to 28 cents for each dollar deducted. This would affect only taxpayers currently paying federal tax rates above 28 percent. (In 2016, this means couples making more than $250,000.) This reform is similar to proposals the president has included in previous budgets.

The budget includes two revenue-raising proposals that would affect corporations: a one-time “transition tax” on U.S.-based corporations holding profits offshore for tax purposes, and a low-rate tax on the liabilities of the very largest financial companies.

The president’s budget also includes two tax changes that would fall primarily on low- and middle-income families: a $10.25 per barrel “oil fee” and an increase in the federal tobacco tax. This would represent about one sixth of the tax hikes included in the Obama budget blueprint. 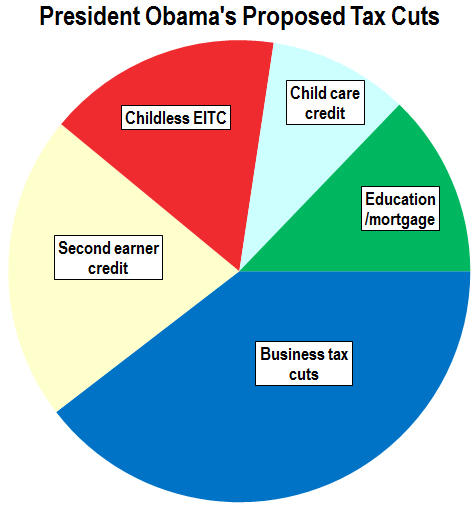 Where the Money Goes

The president’s budget would set aside about ten percent of the revenues from his proposed tax increases to cut taxes. Forty percent of these tax cuts would be targeted to businesses, with the remainder designed to benefit middle- and low-income working families.

The president would also fill one of the most glaring gaps in the structure of the EITC: its low benefits for childless workers. The budget would double the maximum benefit of this wage subsidy for low-income single workers.

Tax Reform Ideas in the President’s Budget: The Best…

The president’s budget includes a healthy dose of new, and old, tax reform proposals. Some, like the sensible proposal to cap the benefits of itemized deductions at 28 percent, have featured prominently in previous budget proposals under President Obama’s watch. Others, notably the proposal to impose a $10.25-per-barrel fee on oil consumption, are new ideas that would take welcome steps toward a more sustainable tax system. And short-term politics aside, many of these proposals would represent a sensible starting point for tax reform blueprints in years to come.

While the president’s outline of individual tax reforms would clearly be a win for tax fairness, some provisions would needlessly complicate the tax code. On the corporate side, President Obama’s proposals are more clearly geared toward raising revenues than in previous years, but still include a wasteful giveaway to the biggest offshore tax avoiders in the form of a low-rate “transition tax” on offshore cash.