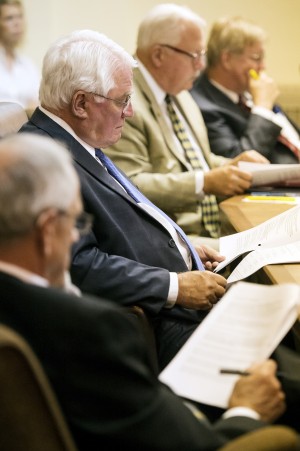 Months after the complete failure of Nebraska Governor Dave Heineman’s efforts to radically reform his state’s tax code, Nebraska’s Tax Modernization Committee had its first meeting.  Why a committee? Because rather than following their governor into a massive, regressive overhaul of their state’s tax code, lawmakers instead decided in May to form this deliberative committee, which will study the state’s tax structure and issue recommendations for reform by December.

Just as the Institute on Taxation and Economic Policy (ITEP) was highly engaged in Nebraska, generating numbers to explain the impact of the governor’s proposals earlier this year, ITEP’s experts will be monitoring the work of the Committee and contributing to the debate with information on how proposed changes will impact taxpayers across the income spectrum.

The Lincoln Journal Star is keeping close tabs and covering the Committee’s meetings. The Committee’s own web page is here, including a schedule of public meetings in the capital and around the state.