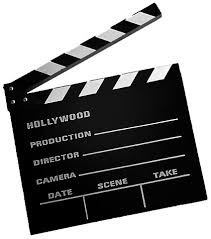 The accounting firm Ernst and Young (E&Y) just released a report, commissioned by the Motion Picture Association of America (MPAA), the purpose of which is to show that there are economic benefits for states that offer tax credits to film productions.  And since there are some economic benefits from almost every kind of business activity – including activity not getting tax subsidies – it shouldn’t be too hard to do.

The report, with its very un-Hollywood title, “Evaluating the effectiveness of state film tax credit programs: Issues that need to be considered,” however, is so riddled with wiggle words like can, could, may and might, you have to wonder if there is any evidence to support the claim that states reap economic development benefits when they give away tax credits to the film industry.  It’s as if the MPAA hired E&Y but then didn’t let them see any industry numbers.

For example, the section called, Case study of a credit program’s impact, is not a case study at all; rather, it’s a discussion of how a hypothetical $10 million production would result in nearly $19 million in economic activity, $ 4.4 million in wages and over half a million in new tax revenues – but it shows no calculations for how they reached these figures. For that level of detail, we are referred to an appendix, which has about the same information, adding only a little more detail about how a $10 million movie budget breaks down and some payroll averages.

The only hard numbers from a real life example come from three instances in which a permanent film production facility was established. But the authors include an important caveat: “A state must reach a critical mass of productions to attract a studio investment, and not every state will be able to do so. Those that are able to attract a significant amount of production activity may [our emphasis] realize this benefit.”

Tax breaks for movies are like tax breaks for any kind of industry. Regardless of whether anyone can document the demonstrable economic benefits to the state, there is always a measurable cost of the tax deal itself, and the revenues not spent on public infrastructure.

The fiscal conservatives at the Tax Foundation read this same MPAA report and conclude, “The fact that E&Y’s report is unwilling to call these programs successful, but rather limit itself to listing possible benefits, is telling. Their tepid conclusion should alert officials that even a paid-for study by a reputable firm can’t prove something that’s not true.”  The Tax Foundation also reports more states are abandoning tax credits for film production, realizing they don’t offer much economic bang for the fiscal buck.  Absent evidence that they do work – or at least some transparency about how well they work – elimination of these so-called incentives can’t come soon enough.