House Republicans have proposed to let an expansion of the child tax credit for low-income working families expire after 2017. Under their plan, the money that had previously gone to children in low-income families would in effect be used to fund bigger child tax credits for better-off families.

President Obama has proposed to make permanent the expansion for low-income working families. The President’s proposal and the House Republican proposal (H.R. 4935) are each estimated to cost about $11 billion a year. The national and state-by-state figures below illustrate how the benefits of the President’s proposal would mostly help families with incomes under $40,000 while the House Republican proposal would mostly help those with incomes above $100,000. 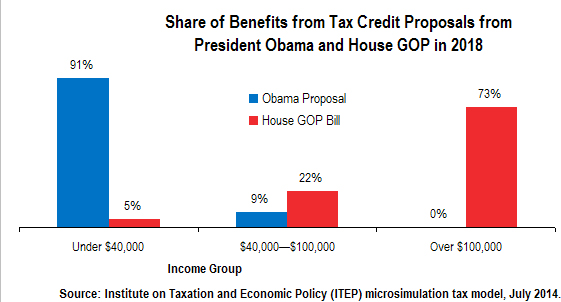 The child tax credit (CTC) provides families with a maximum tax break of $1,000 per child. It is partially refundable, mean­ing it can (within certain limits) benefit families who are too poor to have any federal income tax liability even before tax credits are taken into account. Under a provision enacted in 2009 and extended since then, the refundable part of the credit equals 15 percent of the portion of a family’s earnings that exceed $3,000, up to the $1,000 per-child limit. If this provision expires as scheduled at the end of 2017, the earnings threshold for the refundable part of the credit will revert from $3,000 to a much higher level ($14,750 in 2018).

The President has proposed, in each of his budget plans since 2009, to make permanent the $3,000 earnings threshold in order to maintain this expansion of the CTC for low-income working families. One argument for his proposal is that the refundable part of the CTC encourages work. Because it is calculated as a percentage of earnings, a family must have a working parent in order to qualify for it.

The House Republican bill, H.R. 4935, would expand the CTC in three ways that do not help the working poor. First, it would index the $1,000 per-child credit amount for inflation, which would not help those who earn too little to receive the full credit. Second, it would increase the income level at which the CTC starts to phase out from $110,000 to $150,000 for married couples. Third, that $150,000 level for married couples and the existing $75,000 income level for single parents would both be indexed for inflation thereafter. 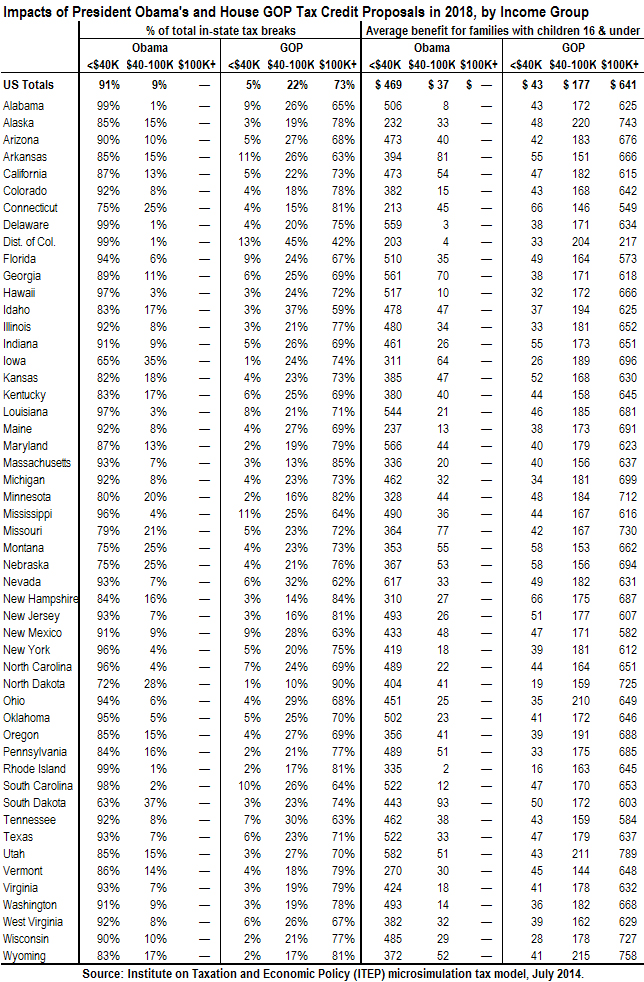