Married Couples with Incomes Between $250,000 and $300,000 Would Lose Only 2% of Their Bush Income Tax Cuts under Obama Plan versus GOP Plan

Read the PDF of this fact sheet.

“So I’m not proposing anything radical here.  I just believe that anybody making over $250,000 a year should go back to the income tax rates we were paying under Bill Clinton…”

There are a few things that President Obama has not explained well about his proposal to extend most, but not all, of the Bush income tax cuts for one year.

The following tables show how much of the Bush income tax cuts would typically be lost by upper-income couples and singles under Obama’s plan versus the GOP plan to extend all of the Bush income tax cuts. These figures were revised to demonstrate the impacts of President Obama’s approach and also the approach considered by Senate Democrats. The Senate Democrats’ approach differs in that it would extend larger tax breaks for high-income taxpayers with stock dividends (by taxing dividends at a top rate of 20 percent instead of taxing them at ordinary rates as President Obama proposes). 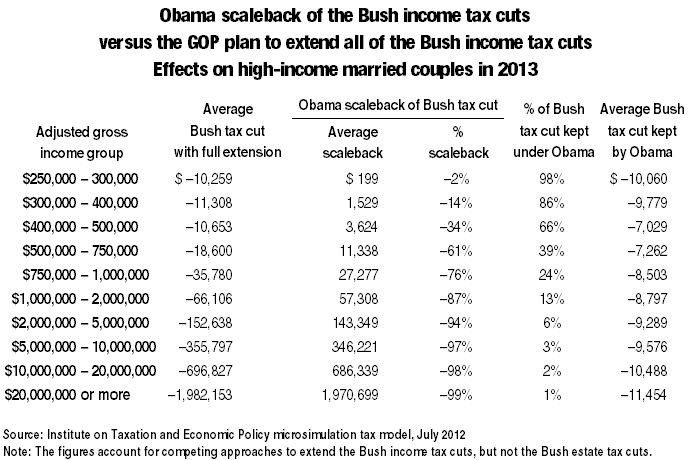 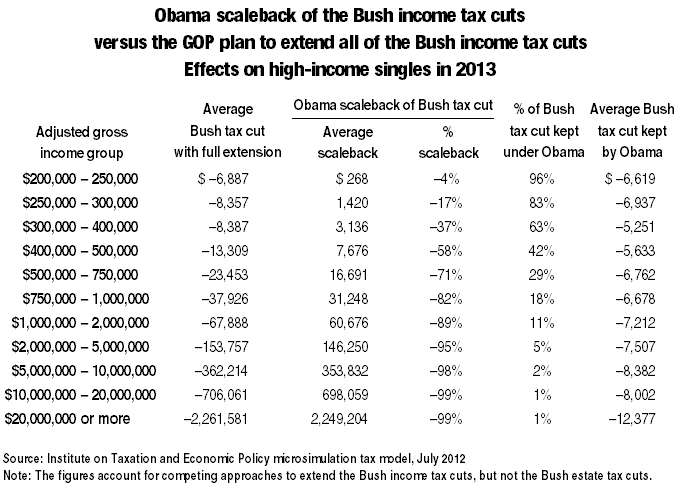 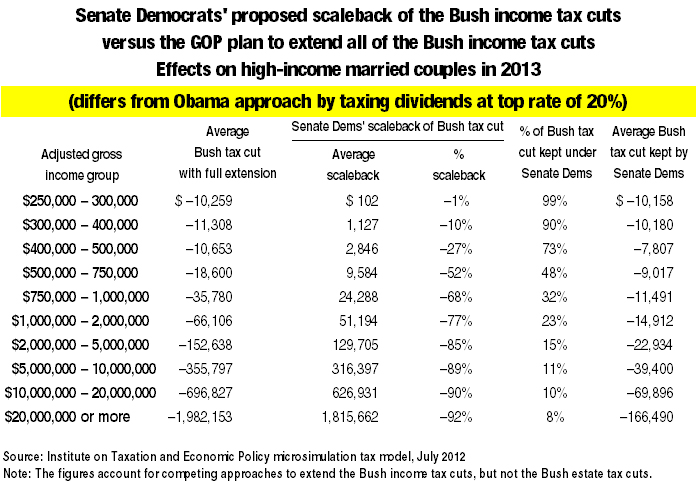 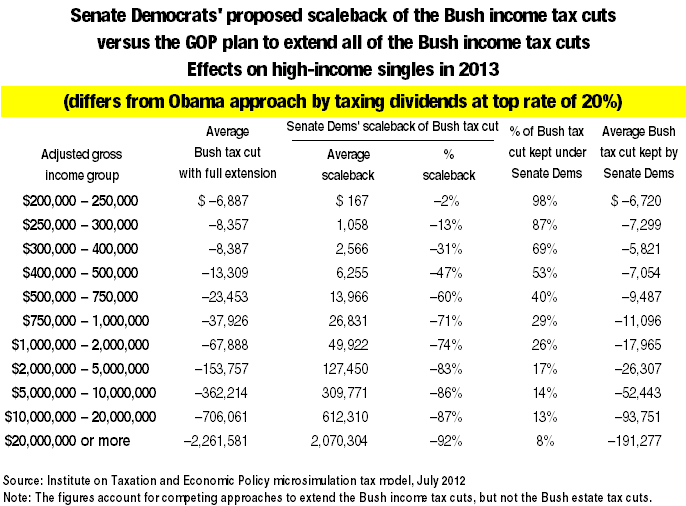