The tax break that allows Warren Buffett, Mitt Romney and other extremely wealthy Americans to pay a smaller share of their income in taxes than many middle-income people is the special low income tax rate for capital gains, which are the profits made from selling assets for more than they cost to purchase. This tax break was made more generous and expanded to apply to stock dividends as part of the Bush tax cuts.

1) The capital gains tax preference mainly benefits the richest one percent of Americans.

2) It reduces revenue, despite claims to the contrary.

3) It gives rise to tax shelters and makes the tax code overly complicated.

4) These problems will be mitigated, but certainly not eliminated, by the reform of the Hospital Insurance tax coming into effect in 2013.

5) The way to fully resolve the problems described here is to eliminate the special, low personal income tax rates for capital gains so that they are taxed just like any other income. 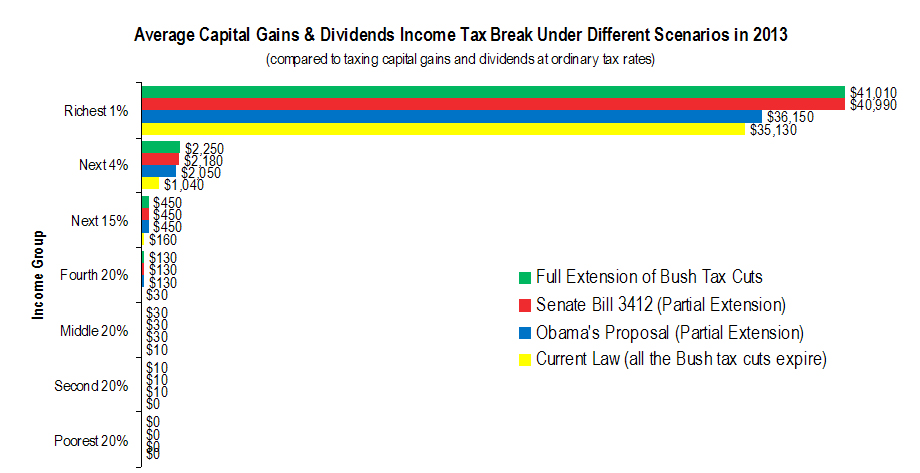