What Obama Should Tell America: Reducing the Deficit is Not that Hard

We can probably expect the President’s first State of the Union address since being re-elected to include yet another plea to his Congressional adversaries to just be reasonable and meet him somewhere between his already compromised position and their Tea Party-enforced ideology.

We can probably expect the President to continue his calls for legislation that replaces all or part of the automatic spending cuts (sequestration) scheduled to begin March 1 with a mix of both revenue increases and spending cuts.  He calls this mix a “balanced approach” in spite of the fact that spending cuts have already been the main source of deficit reduction over the past two years, meaning that the only truly “balanced” way to replace sequestration at this point would be almost entirely by revenue increases.

We can also expect more talk of sacrifice from all Americans, and for the President to reiterate his openness to cutting programs that low- and middle-income Americans rely on – so long as the opposition agrees to some modest tax increases, on those who will hardly notice them.

A new working paper from Citizens for Tax Justice (CTJ) shows that all of this lopsided compromising is unnecessary and that Congress could raise enough new revenues to replace the entire scheduled sequestration and avoid the cuts everyone agrees will weaken our economy.  Sequestration, remember, was supposed to be a poison pill because of its unnecessarily blunt, across-the-board cuts of $85 billion from every program and agency this year, and $1.2 trillion over the next decade.

CTJ’s paper shows that such revenue increases can be achieved without affecting low- and middle-income Americans by instead asking profitable corporations, wealthy individuals – particularly those wealthy individuals sheltering their investment income – to pay their fair share in taxes. 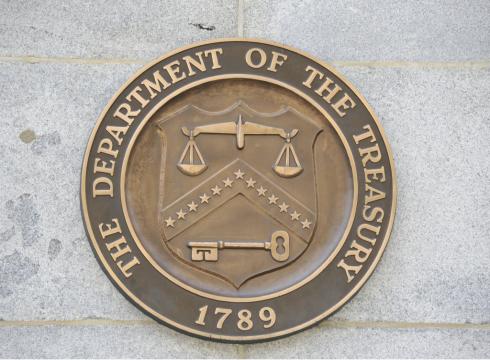 For example, Congress could raise around $600 billion over a decade by ending “deferral” of U.S. taxes on offshore corporate profits.

In other words, Congress would repeal the rule allowing U.S. corporations to “defer” (delay indefinitely) paying U.S. taxes on their offshore profits until they bring those profits to the U.S.

Even if Congress didn’t need the revenue, there are still extremely important reasons to end deferral, as a new proposal from Senator Bernie Sanders and Congresswoman Jan Schakowsky would do. In some cases, for example, deferral encourages corporations to shift operations (and jobs) offshore; in other cases, it encourages corporations to use accounting gimmicks to disguise their U.S. profits as “foreign” profits generated in a tax haven like the Cayman Islands or Bermuda.

Another revenue raising option is taxing capital gains at death.

Under the current rules, income that takes the form of capital gains on assets that are not sold during the owner’s lifetime escape taxation entirely. The rationale for this special treatment seems to be that it would be difficult to determine exactly how much an asset has appreciated if it’s been held for many years, but that’s a red herring because the current break applies to assets that have been held for even just a couple years.

It is not known exactly how much revenue would be raised by ending this break, but the Joint Committee on Taxation has estimated that this break will cost the Treasury over $250 billion in just the next five years.

Another option is the President’s own proposal to limit the tax savings that wealthy individuals get from each dollar of deductions and certain exclusions to 28 cents.

The tax code is filled with deductions and exclusions that effectively subsidize certain activities and behaviors, like buying a home, giving to charity, obtaining health care and many others. But providing subsidies through the tax code in this way means that the wealthiest people, those in the top, 39.6 percent tax bracket, are saving almost 40 cents for each dollar they spend on home mortgage interest, charitable giving and health care.  Middle-income people, on the other hand, might (if they’re lucky) be in the 25 percent bracket and save just 25 cents for each dollar spent on these things.

Limiting the tax savings to 28 percent would at least reduce that unfairness and it would raise over half a trillion dollars over a decade. Sadly, there is talk that the President, responding to misinformation about how it would impact charitable giving, is open to diluting his proposal so that the charitable deduction is not much affected.

The President can champion policies that large majorities of Americans support.

New polling shows the public is on board with the proposals outlined above. About two-thirds of Americans say corporations should pay more in taxes and two-thirds say the rich should pay more than they pay today. Significantly, this poll was taken more than two weeks after the New Year’s Day deal that allowed tax cuts to expire for the rich, aka “raised taxes” on the wealthiest Americans.

The only thing standing in the way of progressive tax reforms that raise enough revenue to replace the sequestration is the same thing that always stands in the way: the interests of powerful corporations and wealthy investors.  Those special interest groups aside, the vast majority of Americans would support the President in a more progressive approach to tax reform.