The IRS 35,000: How the Richest Americans Pay the Lowest Taxes 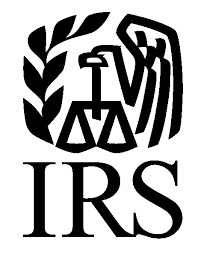 A new study from the Internal Revenue Service confirms your worst fears about the tax code: it’s riddled with loopholes and Congress isn’t doing anything about it.  Year after year since 1977, the IRS has dutifully issued its “data on individual income tax returns reporting income of $200,000 or more, including the number of such returns reporting no income tax liability and the importance of various tax provisions in making these returns nontaxable” because Congress mandates it. And year after year, it shows that some of the very richest Americans are finding entirely legal ways to avoid federal income taxes altogether.

The new (and most recent) IRS data show that in 2009, more than 35,000 Americans* with incomes over $200,000 paid not a dime in federal income tax. For this group—less than one percent of all the Americans with incomes over $200,000, according to the study— itemized deductions and tax-exempt bond interest are among the main tax breaks that make this tax-avoiding feat possible.

And, as if to illustrate how loopholes never die, these two tax breaks are among the oldest on the books; the exemption of bond interest dates to the century old statute establishing the income tax itself!

Sensible tax reforms could close (or at least shrink) these holes in the tax code.  The president, for example, has proposed a limit on the value of itemized deductions for the wealthiest Americans, and to extend the “Build America Bonds” program which keeps revenues flowing to cities but phases out the tax shelter the current system provides for the bond holders.

Of course, these wealthy taxpayers avoiding all their federal income tax responsibilities don’t even include the ones paying zero or low federal taxes because of the low rates at which investment income is taxed.

There is no excuse for hundred-year-old loopholes in a tax code: it’s time for Washington to clean up the tax code and take a brave stand against unwarranted exemptions that drain revenues and reward the rich.

* Others have focused on a smaller number of taxpayers, 21,000, who have an adjusted gross income (AGI) of over $200,000. But simple AGI excludes many types of income, such as tax exempt bond interest which is key to the low tax liabilities.