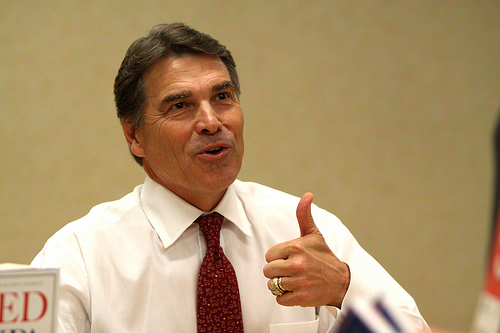 Texas Governor and presidential candidate Rick Perry said that he is “dismayed at the injustice that nearly half of all Americans don’t even pay any income tax.” He should know that Americans pay other types of federal taxes besides just federal income taxes, and that they also pay state and local taxes. This is particularly true in Texas, which, despite its reputation, is actually a high-tax state for the poor.