Greetings! Thanks for reading the Tax Justice Digest. In the Digest we recap the latest reports, posts, and analyses from Citizens for Tax Justice and the Institute on Taxation and Economic Policy.

New ITEP Report: Undocumented Immigrants’ State and Local Tax Contributions
If we could send sound with this email you’d hear a drum roll! This week ITEP released its popular report showing that the 11 million undocumented immigrants currently living in the United States pay $11.6 billion annually in state and local taxes. Want to know more and how much undocumented immigrants pay in your state? Click here for a helpful map and the full report.

How Pfizer Could Get Away With Avoiding $35 Billion in Taxes
This week Americans for Tax Fairness released a new report, based in part on CTJ research, which found that Pfizer has likely understated the size of its permanently-reinvested offshore stash by a factor of two. In fact, Pfizer may avoid paying as much as $35 billion on its offshore profits, if its proposed inversion goes ahead as planned. Read all the gory details here.

New Report: Tennessee Hall Tax Repeal Would Overwhelmingly Benefit the Wealthy
Senior ITEP Analyst Dylan Grundman took a close look at a bill in the Tennessee legislature that would eliminate the Hall Tax, the state’s limited income tax on interest and dividends that generates $341 million per year. The wealthy would win in a big way if the tax is eliminated. Read the full report here.

Guest Blog: Income Tax Cuts to Offset Gas and Cigarette Tax Increases? There are Better Ways
Senior ITEP Analyst Lisa Christensen Gee published a post in the Indiana Institute for Working Families’ blog. Her piece describes the ITEP analysis of a proposal that would hike the state’s gas and cigarette taxes and reduce the personal income tax rate. Lisa concludes that “the bill undermines revenue potential for infrastructure improvements, deprives the state of revenue needed for other critical investments, and exacerbates the unfairness of Indiana taxes (Indiana has the tenth most unfair tax system in the country).” Click here for ITEP’s full analysis and Lisa’s post. 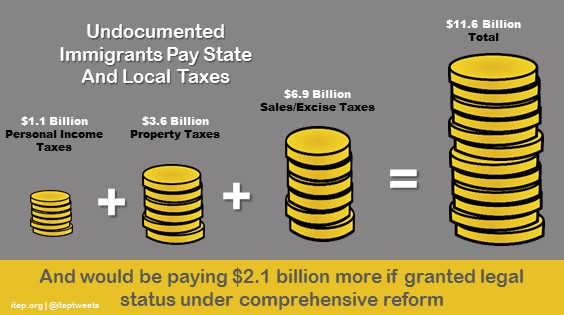 ICYMI: Just a month ago we joined with groups across the country in celebrating EITC Awareness Day. For a refresher on who is helped by the Earned Income Tax Credit, click here.