Recommended Weekend Reading
Last week, we told you about the congressional debate over the tax extenders. This week the debate raged on without resolution, and Congress is expected to continue the debate through the weekend. ICYMI: CTJ has two recent extender related reports–Evaluating the Tax Extenders and Why Lawmakers Should Say No to Tax Extenders–that are easy and helpful reads.

The Joint Committee on Taxation this week released its Tax Expenditure Report (a report we adore) that allows anyone to understand how much federal deductions, exemptions and credits cost. ITEP’s Executive Director Matt Gardner fills us in on all the reasons we should spend at least part of our weekend reading this report.

Donald Trump and That Broken Clock…
Earlier this week, Donald Trump criticized Amazon chief Jeff Bezos for allegedly using his purchase of the Washington Post as a tax dodge. Trump’s claim that Bezos is using the Post’s losses to reduce Amazon’s profit is clearly wrong since the newspaper is owned by Bezos, not Amazon. But here’s the part that Trump gets right: his criticism draws attention to the fact that Amazon pays a low effective corporate tax rate and has dodged $1 billion in taxes thanks to various loopholes. Check out our full commentary on Amazon’s tax avoidance strategies.

Delaware: A Homegrown Tax Haven
This week ITEP released its deep dive into all that is wrong with the way Delaware taxes corporations. Two fun tidbits from the report:

1)    Delaware actually had more companies incorporated than state residents in 2014.

2)    Setting up a company in Delaware requires less information than signing up for a library card.

There’s lots more to read about Delaware, including what states and Congress can do to improve tax fairness and transparency, in Delaware: An Onshore Tax Haven.

Jaw-Dropping, Fireworks Worthy, Big News in Alaska
Alaska is the only state to ever repeal a personal income tax and has been without one for 35 years.  But this week, Gov. Bill Walker proposed a plan to remedy the state’s massive revenue shortfall by, among other things, instituting an income tax equal to 6 percent of the amount that Alaskans pay in federal income taxes. Read commentary from ITEP’s Carl Davis on this big news.

Connecticut Lawmakers Cave to Threats from General Electric Yet Again
This week, the governor and legislature once again put GE’s interests over the health and well-being of the state’s residents. ITEP’s State Tax Policy Director Meg Wiehe tells about the budget deal reached in Hartford this week.

Hope in Louisiana?
ITEP’s Meg Wiehe is cautiously optimistic that tax reform in 2016 is possible in Louisiana thanks to a new governor and who he appointed as his commissioner of administration. Read about this New Hope here (sneaky Star Wars reference, you’re welcome). 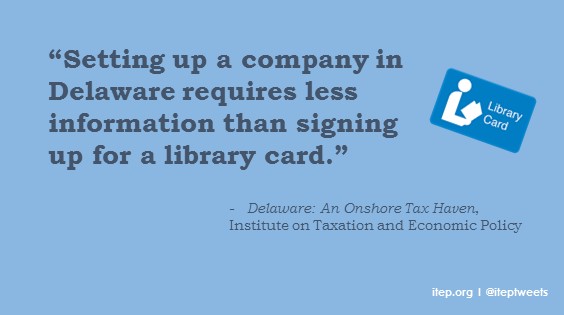 ICYMI: ‘Tis the season for crossing things off lists. Giving back to your favorite tax policy think tanks is something that you may not have crossed off that list yet, but never fear! The link for giving is here!