Greetings! Thanks for reading the Tax Justice Digest. In the Digest we recap the latest reports, posts, and analyses from Citizens for Tax Justice and the Institute on Taxation and Economic Policy.

We begin with some sad news. This week we said goodbye to Rebecca Wilkins, CTJ’s former legal counsel, who died after a four-year battle with cancer. Rebecca was immensely talented. Here’s our remembrance.

Ten Corporations Would Save $97 Billion in Taxes Under “Transition Tax”
President Obama’s budget proposal includes a one-time “transition tax” on the offshore profits of all U.S.-based multinational corporations. His plan would tax these profits at a 14 percent rate immediately, rather than at the 35 percent rate that should apply. This amounts to a huge tax cut bonanza at the expense of American taxpayers. Read CTJ’s full report here.

2016 State Tax Policy Trends: Nine States Seriously Considering Gas Tax Increases
This week ITEP’s research director, Carl Davis, reports that nine states (Alabama, Alaska, California, Hawaii, Indiana, Mississippi, Missouri, New Jersey, and South Carolina) are considering raising their gas taxes. Raising the gas tax in a responsible way that simultaneously offers low income tax relief is a good thing. However, Carl warns that “too many of these long-overdue gas tax updates are only being considered on the condition that they are coupled with an equal, or larger, cut in other taxes.” Read his full post. Also, here’s an interesting piece in USA Today that cites Carl and offers grim news about the state of our nation’s bridges.

Oklahoma Facing Showdown Over Income Tax Cuts?
Oklahoma has become yet another regrettable example of what happens when state policy is driven by income tax cuts. For more on the drama in OK, check out our post here.

State Rundown: Cuts and Crises
For the latest on important state tax policy debates, check out this week’s State Rundown.
Here’s a sneak peek of this week’s edition: Despite their revenue shortfall, lawmakers in West Virginia are moving forward with their corporate tax cuts. North Carolina lawmakers are once again talking tax cuts. Pennsylvania lawmakers are barely talking – after legislative leaders declared Gov. Wolf’s budget bill DOA. Louisiana Gov. Edwards is threatening that if his state doesn’t balance its budget the end of college football is near. 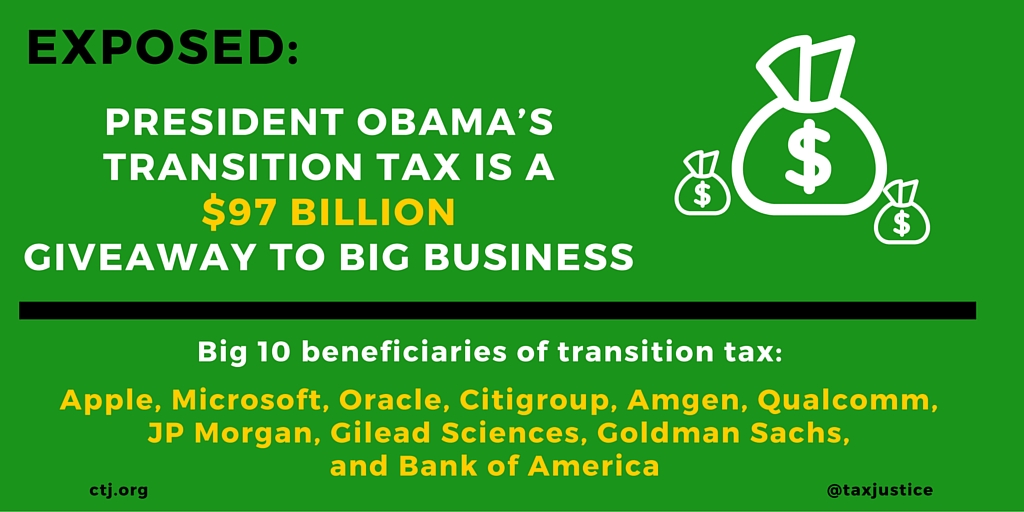 Heads Up: Next week, ITEP will be releasing an update of our 2015 report, Undocumented Immigrants’ State and Local Tax Contributions. The report details the current state and local taxes paid by undocumented immigrants and shows how much more they would pay under the administration’s 2012 and 2014 executive actions as well as under comprehensive immigration reform. The updated report will be available here on Wednesday.

Enjoy your Friday and the weekend!  Don’t hesitate to send me feedback at:  kelly@itep.org