In the Tax Justice Digest we recap the latest reports, posts, and analyses from Citizens for Tax Justice and the Institute on Taxation and Economic Policy.

This week CTJ and ITEP weighed in on the Panama Papers leak, new U.S. Treasury regulations to combat inversions and Pfizer’s subsequent decision to give up its effort to become Irish and avoid billions in U.S. taxes.

Panama Papers and How the Global Elite Play by a Different Set of Rules
In a CNN commentary, ITEP Director Matt Gardner weighs in on America’s problems with tax avoidance and anonymous shell companies. Read his full piece here. In a separate piece for Quartz, he argues that when heads of state use anonymous shell companies, it’s a “potent symbol of their elite privilege.”

Treasury Regs a Step Forward, But Congress Still Must Act
The Treasury Department’s new regulations strike at the core of one of the main reasons for corporate inversions—avoiding taxes on profit hoards stashed offshore. In a statement and U.S. News and World Report opEd, CTJ director Bob McIntyre lauds Treasury’s action but argues it’s up to Congress to close loopholes that enable rampant corporate tax avoidance. “Unfortunately, the current majority in Congress apparently doesn’t need an excuse to do nothing. It’s up to us voters to rectify that,” he wrote.

Two New CTJ Reports: Comparing U.S. Taxes With Those of Other Developed Countries
This week CTJ released two new reports that compare how the U.S. ranks in terms of other developed countries when it comes to taxes. Spoiler alert: U.S. corporate taxes as a percentage of the economy are comparatively low, and total U.S. tax receipts as a share of the economy are less than the OECD average.

State sales taxes are often the source of much contention. Policy analysts of all political stripes agree that a broad sales tax base is best. But the reality is often quite different. Here’s ITEP’s take on the shifting landscape of sales tax bases. 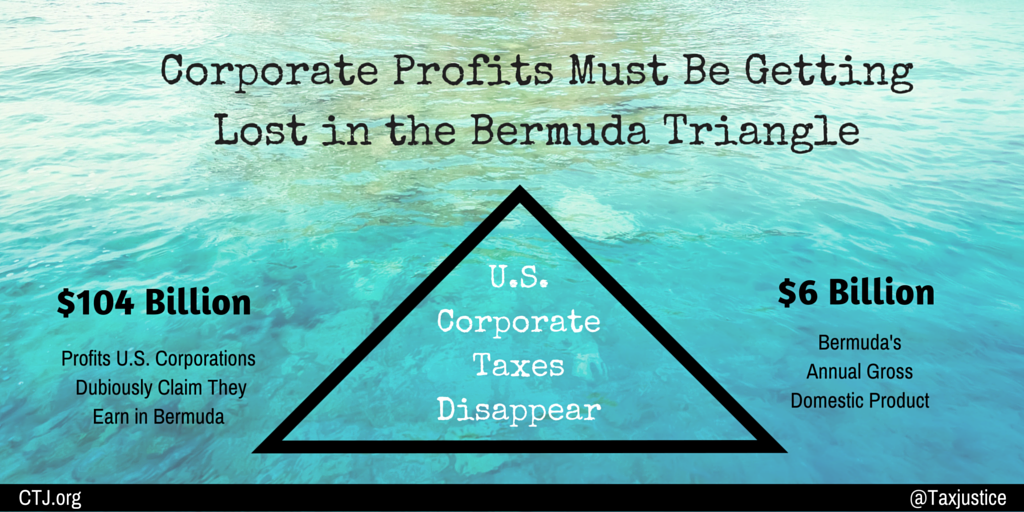 ICYMI: Tax Day is right around the corner! CTJ is gearing up to release new Tax Day focused data and reports. Be sure to closely follow Citizens for Tax Justice on social media for the latest. (Facebook  and Twitter).