Our office survived the blizzard and got busy analyzing tax policies far and wide – take a look at what we’ve been commenting on this week:

EITC Awareness Day!
Today is EITC Awareness Day and we couldn’t be happier to join with the IRS and other groups to spread the word about this important credit that lifts millions of families out of poverty each year. For more on the EITC, how the recent expansions benefit your state, and how states are implementing the credit check out this post from ITEP senior analyst Aidan Davis.

Corporate Tax Watch: Adobe, Johnson Controls and NASCAR
The last few weeks we’ve been busy monitoring companies getting increasingly creative when it comes to avoiding their taxes. ITEP’s Director, Matt Gardner, crunched the numbers and it appears that Adobe shifted hundreds of millions offshore. Apparently executives at Adobe think, like PDFs, its profits are portable too.

Johnson Controls is a Milwaukee-based company that makes batteries and HVAC systems. They’d also like to become Irish. Read more about its outrageous tax-dodging scheme here.

Did you know that a tax break for NASCAR was included in the $680 billion extenders package Congress passed late last year?

Flint Fail: Lessons
The Flint water crisis should not be happening.  Here we take a closer look at this “customer” service failure and the role that tax policy played.

Chances Are You Live in a State Where Amazon Collects Taxes
Starting Monday, Amazon.com will begin collecting sales tax from its customers in Colorado.  Once this happens, the company will be collecting sales tax in a total of 28 states – including 19 of the 20 most populous states in the country. Here’s what ITEP’s Research Director, Carl Davis, has to say about this development.

Now that many state legislatures are in session tax debates are heating up. During this busy time ITEP sends out two State Rundown emails a week detailing a myriad of state tax issues. To get these emails sign up for our Rundown here. 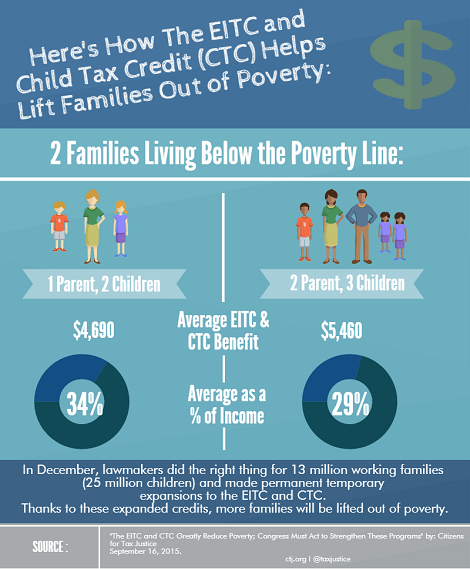 ICYMI: As part of EITC Awareness Day we wanted to remind you about CTJ’s interactive map which details the average benefit for working families of permanently extending the recent expansions in the EITC and Child Tax Credit. In good news for working families, these extensions were made permanent late last year.

As the compiler of this email, I’d love to hear from you anytime at kelly@itep.org

For frequent updates find us on the Tax Justice blog.