Thanks for reading the Tax Justice Digest. In the Digest we recap the latest reports, posts, and analyses from Citizens for Tax Justice and the Institute on Taxation and Economic Policy.

Tax Cut Fever in Georgia
This week Senior ITEP Analyst Dylan Grundman wrote about the tax cut fever that seems to have infected Georgia lawmakers. ITEP’s analysis of the various bills being debated shows that the biggest winners are the wealthiest Georgians. Here’s hoping lawmakers take the equivalent of fiscal Tylenol and lower their tax cut fever fast.

Super Tuesday: Round Up
In preparation for Tuesday’s contest we put together this helpful guide to the presidential candidates’ tax plans. Since it seems likely that taxes will be a central issue in this campaign,  we hope you’ll turn to this resource often.

State Rundown: Bills Moving Forward and Back
This week our Rundown focused on the Arizona House adopting an optional flat tax for low-income residents, an Indiana Senate committee approving a transportation bill after removing a gas tax increase and income tax cut, and a convoluted sales tax change that went into effect in North Carolina. Click here for the Rundown. If you’d like the latest state tax policy news to arrive in your inbox click here to sign up for the Rundown! 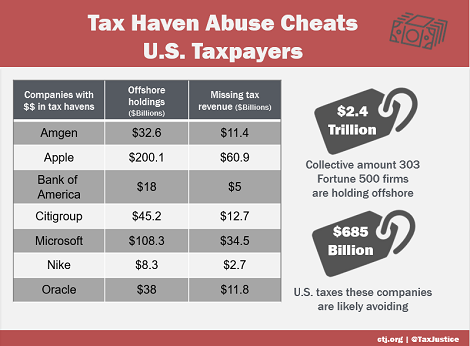 ICYMI: As presidential candidates make highfalutin claims about the economic effects of their tax plans, we wanted to remind you that all tax models are not created equal. Here’s ITEP’s Research Director Carl Davis’ take on the Tax Foundation’s TAG (Taxes and Growth) model. Carl concludes that it “takes an exaggerated view of the impact that taxes have on the economy.”

Happy March! Spring is coming! I really love hearing from readers. If you have any feedback on the Digest or the fine work of CTJ and ITEP send it here:  kelly@itep.org