In reference to Indiana Governor Mike Pence’s proposed tax plan, The South Bend Tribune urges lawmakers to “pass on this tax cut” and cites data (PDF) from our partner organization, the Institute on Taxation and Economic Policy (ITEP), to makes its case.  As the Tribune explains, “Needs of poor children, the elderly and mentally ill aren’t being met … now is not the time to further stem income tax revenue. Gasoline tax revenue is down. Corporate taxes have been trimmed. The inheritance tax is being phased out. And then there’s the Institute on Taxation and Economic Policy’s analysis of Pence’s across-the-board tax cut plan which concluded it would mostly benefit the wealthiest taxpayers. The poorest Hoosiers, who devote more of their household budgets to state and local taxes than any other income group, would be helped little, if at all.” 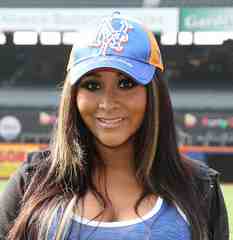 New Jersey’s expiring film tax credit is still paying out big bucks for TV shows and movies filmed years ago – even though these credits are billed as incentives. The state Economic Development Authority just handed the makers of Law & Order SVU $10.2 million of New Jersey taxpayers’ dollars for work done on the 2009-10 season of the show.  Hopefully New Jersey’s credit won’t be resurrected after 2015, given that studies have repeatedly shown them to be a poor use of taxpayer dollars.

Kudos to Wisconsin’s Transportation Finance and Policy Commission which will recommend to the legislature that the state increases its gas tax by five cents. This would be the first increase in the state’s gas tax since 2006. In more gas tax news, Washington State Senate Majority Leader Rodney Tom recently said that he would support an increase in the state’s gas tax. For more on the vital role that state gas taxes play in funding transportation needs across the state (and why states should raise theirs) read ITEP’s  Building a Better Gas Tax Report.

And in housekeeping news… We’ve done lots of behinds the scenes work to improve your experience when visiting the Institute on Taxation and Economic Policy (www.itep.org) and Citizens for Tax Justice’s (www.ctj.org) websites. Please take a minute and check out our slightly reorganized (and improved) site!