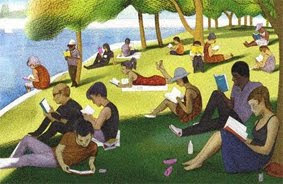 If you’re looking for some summer reading, the Institute on Taxation and Economic Policy (ITEP) is in the process of updating its collection of policy briefs.  In the last couple weeks, ITEP has released updated briefs on sales tax holidays, state gasoline taxes, and efforts to collect sales taxes owed on purchases made over the Internet.

The Commonwealth Institute in Virginia writes that the state’s gubernatorial candidates shouldn’t assume it will be easy to pay for their tax cut promises by simply eliminating “wasteful” tax breaks.  According to the Institute, “When you exclude tax breaks that would disproportionately hit low-income and middle class families or those that are clearly not politically feasible, [eliminating] the rest would raise only about $850 million.”  Compare that with the $1.4 billion per year candidate Ken Cuccinelli proposes in personal and corporate income tax rate cuts alone.

Mississippi’s struggling infrastructure budget is in the news now that a new task force is beginning to study how the state can better fund its transportation system.  The Mississippi Department of Transportation (MDOT) says that asphalt costs have tripled in recent years while fuel taxes–which haven’t been raised since the 1980’s–have predictably failed to keep pace.  So far MDOT is responding by forgoing new construction in favor of simply maintaining the current system, but if taxes aren’t raised soon, Mississippi may run the risk of becoming yet another state that opts to siphon money away from education, human services, and other priorities to fill its growing infrastructure funding gap.