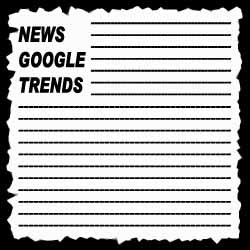 In disturbing news that shouldn’t surprise anyone who  looked at the math, Wisconsin’s Legislative Fiscal Bureau is anticipating that the state will experience a $500 million structural shortfall in 2017 if the bill approved by the Joint Finance Committee becomes law in the Badger State.

In Iowa, voters have become increasingly wary of this year’s property tax overhaul– as they see businesses, not individuals, as the plan’s main beneficiaries. A recent poll shows that 64 percent of respondents say businesses that own property would be the winners in reform, and 37 percent of respondents say they would personally lose under the plan. This sentiment seems to be in line with what the Iowa Fiscal Partnership has been saying all along: “property-tax reform will be costly and will challenge cities, counties and schools to deliver what Iowans have come to expect. It offers big breaks to business property owners — while costing significant sums in local services.” Governor Branstad, however, plans to sign the bill this week.

ITEP has long studied state gas taxes and concluded that “state governments are losing out on over $10 billion in transportation revenue every year.” Washington State is on track to curb that trend this year as political leaders of both parties have come to an agreement on a gas tax hike. While it’s promising that legislators are interested in raising the gas tax to fund transportation projects, the kind of increase they’re looking at, a rate increase without any other reforms, is still going to fall far short of restoring the value Washington’s gas tax has lost in recent decades..