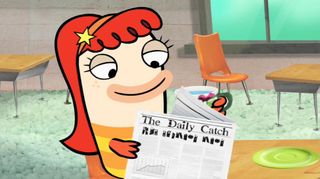 Some lawmakers and advocates like to complain when gasoline tax revenues are used to fund public transit, but new research by Berkeley economist Michael L. Anderson shows that drivers benefit hugely from the existence of transit. Anderson’s paper shows that “average highway delay increases 47 percent when transit service ceases” because would-be transit riders are forced to take to the roads.  He concludes that “the net benefits of transit systems appear to be much larger than previously believed.”

Arizona Governor Jan Brewer got one out of two right with a pair of vetoes she recently handed down.  The Governor had good reason to be skeptical of the state’s research tax credit since the federal version doesn’t have a particularly glowing record of actually encouraging worthwhile research.  But her refusal to allow Arizona’s tax brackets to rise alongside inflation will eventually hit the state’s lower- and middle-income families hardest, as the Institute on Taxation and Economic Policy (ITEP) explains (PDF).

ITEP has written in detail (PDF) on how both the Federal and State Earned Income Tax Credits (EITC) alleviate poverty while helping low-wage workers meet their basic needs – but did you know that two localities (New York City and Montgomery County, Maryland) administer their own EITC to supplement the state and federal credits? This week, Montgomery County held public hearings on Bill 8-13 (PDF), a proposal to increase the County’s existing EITC (known as the Working Family Income Supplement) to 80 percent of the Maryland credit beginning in FY 2014, 90 percent in FY 2015, and 100 percent in FY 2016 and beyond.

For most states, July 1st marked the start of a new fiscal year and thus lawmakers across the country agreed to spending plans for their states in advance of that date.  But, not so in North Carolina, where differences in opinion about how best to overhaul the state’s tax structure have held up the budget and kept observers guessing about the outcome of months of tax cutting talk.  On Monday, Governor Pat McCrory urged House and Senate members to reach a deal as soon as possible or abandon tax reform this year.  The truth is, walking away from the plans passed in the House and Senate would be a win for the state, retaining hundreds of millions of dollars for vital public investments and stopping a massive tax cut for wealthy households and corporations and at the expense of low- and middle-income families.