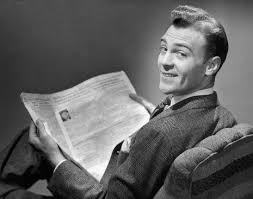 Iowa Senator Jack Hatch is one of three Democratic candidates running to unseat Governor Terry Branstad. If elected, the Senator intends to pursue a package of tax changes that would cost the state $415 million in Fiscal Year 2015 and $300 million in the following years. Most components of his plan are quite progressive: eliminating the flawed deduction for federal income taxes paid and asking the wealthiest Iowans to pay more overall.  But we wonder if permanently reducing tax revenues is the best approach when (for example) food insecurity in the state is rising.

Interested in how college textbooks are taxed in your state? Check out this New York Times piece which also explains why Amazon is telling its customers not to carry the textbooks they “rent” from Amazon across state lines. It’s one of the many convoluted steps the company takes in efforts to dodge its sales tax collection responsibilities.

The Kansas City Star explains in an editorial why the gas tax is a better tool for funding infrastructure than the sales tax.  As the Star notes, relying on a general sales tax to pay for roads “is a big leap away from the “user pays” world in which motorists help finance road repair and construction … [and] many drivers from outside the state who use the state’s roads would pay little if anything in sales taxes to maintain them.”  Our partner organization, the Institute on Taxation and Economic Policy (ITEP) makes a similar point in its 50-state report on the gas tax.

Nebraska’s Tax Modernization Committee, which we have been following, has moved on from taking public comment and is now back to deliberating potential changes to the Cornhusker state’s tax system.  At the suggestion of the Committee’s Chairman, members are focusing first on how they would pay for any proposed tax cuts – which could include fully exempting social security from the personal income tax and providing state aid to help reduce property taxes. While tapping into the state’s Rainy Day Fund and reserves is one option under consideration, many lawmakers wisely cautioned against using one-time money to pay for permanent tax changes. We are also happy to see that some Committee members are making tax fairness an important part of the debate. To this point, State Senator Jeremy Nordquist said, “There’s a number of options for us to address the regressivity of our state and local tax system, and that’s certainly what my goal will be.”