Remember the Tea Party? Well, freshman Kentucky Senator Rand Paul is living up to his reputation as the darling of the Taxed Enough Already movement that shook the 2010 elections.

Rand Paul, son of Libertarian firebrand and GOP presidential candidate Ron Paul, is currently blocking the Senate’s ratification of an amendment to the US-Swiss tax treaty, apparently worried about the right of tax evaders to financial privacy. He says the language is too “sweeping” and might jeopardize US constitutional protections against unreasonable search and seizure. But as one former Treasury Department official said, Paul’s move “smacks of protecting financial secrecy for those who may have committed criminal tax fraud in the US.”

The US and Swiss governments renegotiated their bilateral tax treaty as part of the 2009 settlement of the UBS case. That case charged the Swiss mega-bank UBS with facilitating tax evasion by US customers. Under the settlement agreement, UBS paid $780 million in criminal penalties and agreed to provide the IRS with names of 4,450 US account holders.

Before it could supply those names, however, UBS needed to be shielded from Swiss penalties for violating that country’s legendary bank-secrecy laws. The renegotiation of the US-Swiss tax treaty addressed that problem by providing, as most other recent tax treaties do, that a nation’s bank-secrecy laws cannot be a barrier to exchange of tax information.

Many tax haven countries were hiding behind their b 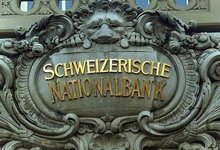 ank secrecy laws to deflect requests for account holder information, and the IRS and Justice Department have been investigating 11 Swiss financial institutions on criminal charges of facilitating tax evasion.

The Senate must ratify the treaty changes – which is normally a routine procedure.

By blocking the ratification, Senator Paul is holding up the exchange of information in the UBS case (and others) and hampering IRS efforts to crack down on tax evasion by Americans.

Given Senator Paul’s obvious concern about the deficit, he might have a hard time explaining to honest American taxpayers how he justifies protecting tax evaders with Swiss bank accounts as the deficit grows ever larger.