The fiscal cliff deal approved by the Senate and House on New Year’s Day cuts taxes substantially compared to the tax policies that would be in effect if Congress had allowed all temporary tax cuts to expire. The deal cuts taxes even for the richest Americans but directs only a fraction of the overall tax cuts to low- and middle-income Americans. 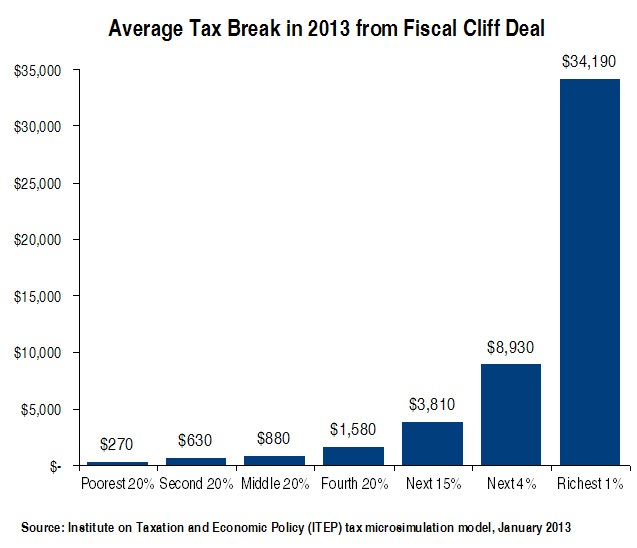