International Business Machines (IBM) has paid U.S. corporate income taxes equal to just 5.8 percent of its $45.3 billion in U.S. profits over a five year period from 2008 through 2012. This finding is consistent with recent revelations by reporters Alex Barinka and Jesse Drucker of Bloomberg News that suggest IBM engages in gimmicks to make its U.S. profits appear (to the IRS) to be earned in low-tax or no-tax countries, in order to avoid federal corporate income taxes.[1]

The figures are taken from the information IBM makes available to shareholders and the public by filing reports with the Securities and Exchange Commission (SEC). There is no reason to believe that the company is being dishonest in reporting to the SEC where it earned its profits and the amount of taxes it paid to the U.S. and to foreign governments.

For example, IBM reports that it had $51.0 billion in pretax profits in foreign countries over this five year period, and that it paid corporate income taxes to foreign governments equal to 26.8 percent of these profits. So, apparently, these profits were earned in countries where IBM has genuine business activities.

In the U.S., IBM reports $45.3 billion in pretax profits over this five year period and paid corporate income taxes of $2.6 billion, which is just 5.8 percent of its U.S. profits.

One possible explanation for IBM’s low effective U.S. income tax rate is that the company is telling the IRS something different about these U.S. profits than it tells its shareholders. For example, IBM may 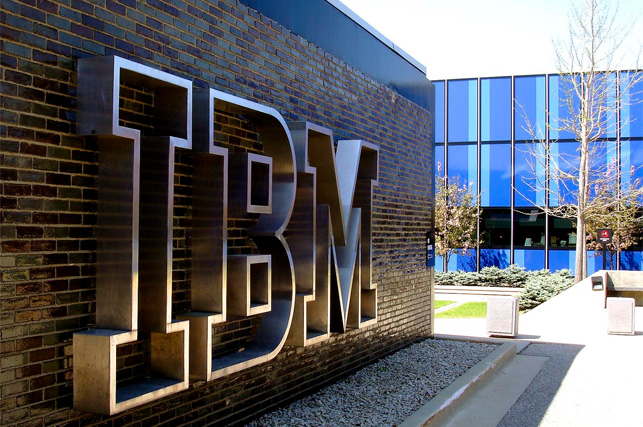 engage in accounting gimmicks to make most of its U.S. profits appear (to the IRS) to be earned in subsidiaries in Bermuda, the Cayman Islands or other countries that do not tax these profits. Of course, IBM does little or no real business in these countries and its subsidiaries there may be nothing more than post office boxes.

This would mean that most of the U.S. profits that IBM reports to the SEC and its shareholders are escaping the U.S. corporate income tax, which would explain the low effective U.S. income tax rate.

One thing that is clear from these figures is that IBM pays higher corporate income taxes in the foreign countries where it does real business than it pays here in the U.S. on its U.S. earnings. This is true of most consistently profitable multinational corporations, and directly contradicts the claim by corporate lobbyists that corporate taxes must be reduced in order to make America “competitive.” IBM’s five year foreign effective tax rate of 26.8 percent is almost five times as high as its U.S. effective tax rate of only 5.8 percent.

The real problem with the U.S. corporate tax is that it allows a corporation like IBM to “defer” paying U.S. taxes on profits that it earns (or claims to earn) offshore until those profits are officially brought back to the U.S. (which may never happen). This provides an incentive for corporations to use accounting gimmicks to make their U.S. profits appear to be earned in offshore tax havens. This reduces the amount of revenue the federal government has to improve infrastructure, education, research, nutrition and other public investments that truly would make America more competitive.