Read the PDF version of this document.

Nothing better illustrates the difference between President Obama and Mitt Romney when it comes to taxes than how each of them would fare under their competing tax plans.

Citizens for Tax Justice has done the calculations for 2013, based on what the two candidates have proposed. The differences are striking.

CTJ’s calculations are based the latest tax returns released by the candidates, for 2011 in the case of President Obama and for 2010 in the case of Mitt Romney. The income figures were adjusted for inflation to put both at 2013 levels.

Obama’s tax plan, which is spelled out in detail in his budget proposals, would extend the Bush income tax cuts for all but the highest earners. He would also repeal the loophole that allows wages earned as a “carried interest” to be treated as lightly taxed capital gains. And he would limit the tax savings from itemized deductions to 28 percent of the amount deducted.

Romney’s tax plan would extend all of the Bush income tax cuts, reduce regular income tax rates (on non-capital gains and dividend income) by 20 percent, and repeal the Medicare tax expansion enacted in the Affordable Health Care Act. Romney has said he would also eliminate some tax breaks, but he has not specified even one of them. But clearly he does not plan to close the loopholes that matter most to him, i.e., the special low rates on capital gains and qualified dividends (which are part of the Bush tax cuts he has pledged to extend) and the special treatment of wages received as a “carried interest” as capital gains (asked whether he would close the “carried interest” loophole, Romney has said, “With regard to carried interest associated with venture capital, real estate, private equity, I do not believe in raising taxes”).

Tables with more details below: 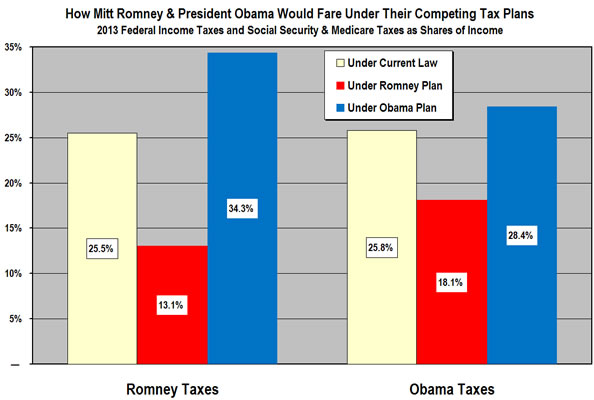 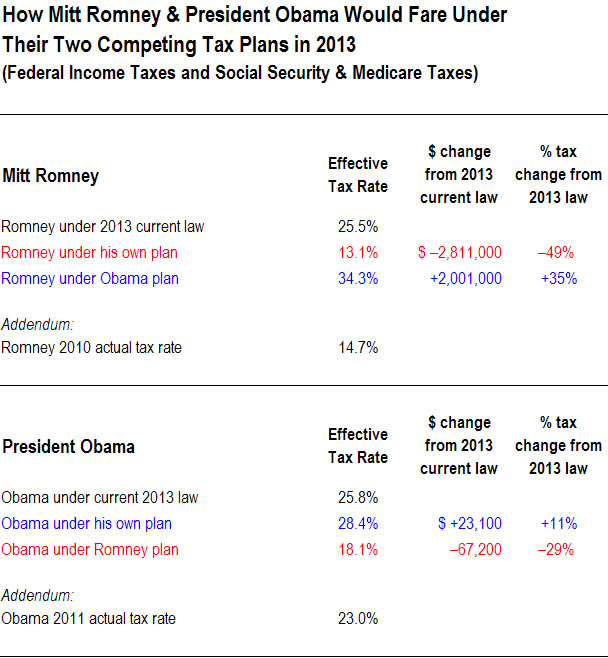 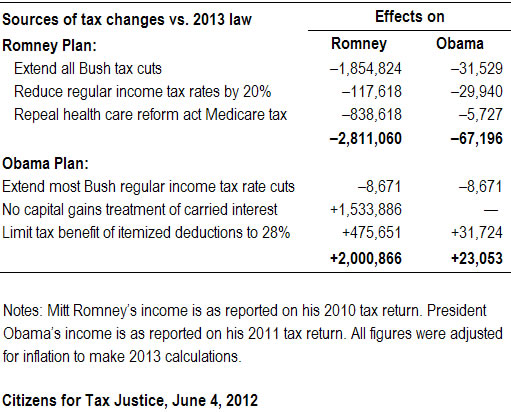