Five Things You Should Know on Tax Day

■A new CTJ analysis shows that the total share of taxes (federal, state, and local) that will be paid by Americans across the economic spectrum in 2016 is roughly equal to their total share of income.

■While some taxes(e.g. the federal income tax) are progressive, others such as state and local sales taxes take a larger share of income from low-income families than from higher-income families.

■In 2016, the richest 1 percent of Americans will pay 23.6 percent of all federal, state and local taxes in America, but they will also capture 21.6 percent of total income. 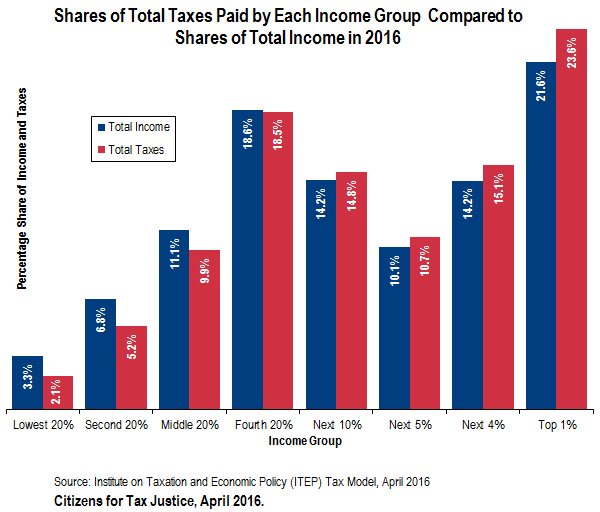 2. The U.S. statutory corporate income tax rate is 35 percent, but many companies pay at a much lower rate.

These companies span a wide array of industries, and rely on a diverse set of tax breaks to achieve these low rates. Manufacturing tax deductions, executive stock option tax breaks, accelerated depreciation and the research tax credit are each important factors allowing these companies to pay a lower tax rate than most middle-income families face.

■ CTJ’s comprehensive 2014 study of consistently profitable Fortune 500 corporations found that between 2008 and 2012 they paid 19.4 percent of their profits in federal income taxes — far lower than the official 35 percent statutory rate. 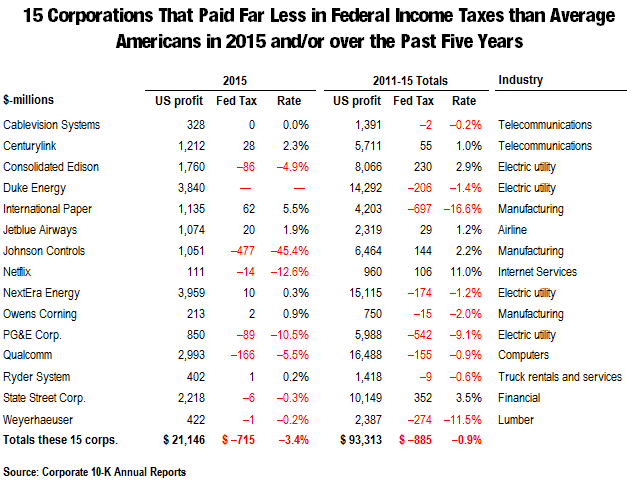 3. Taxes in the United States are well below those of most developed nations.

■ The countries collecting more in taxes as a share of their economy than the U.S. include many of our most prominent trade partners and competitors, such as France, Germany, the United Kingdom and Canada. 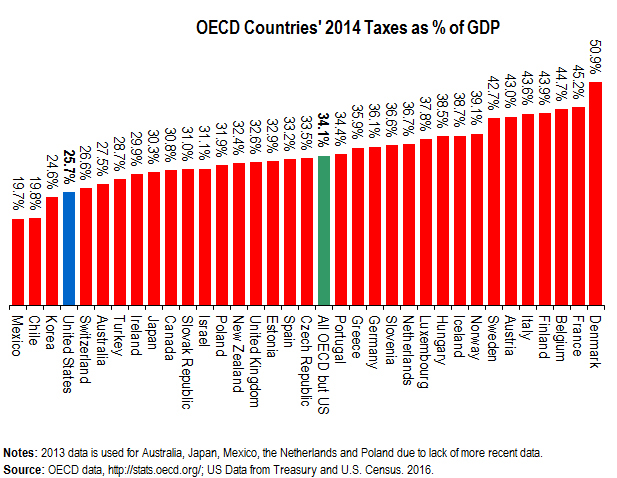 ■ A CTJ analysis shows that even as large corporations find ways to avoid paying tax on their U.S. income, many of the same companies are shifting their profits into foreign tax havens such as Bermuda and the Cayman Islands that have little or no corporate tax. U.S. multinationals report that almost 60 percent of their subsidiaries’ foreign profits are being “earned” in just 10 tiny tax haven countries.

■ U.S.-based multinational companies report that they are earning profits in these tax havens on a ludicrous scale: For example, these corporations claimed they earned $104 billion in Bermuda in 2012 — a sum that is 18 times bigger than Bermuda’s entire economic output of $6 billion in that year.

■ American multinational corporations are also continuing to aggressively declare that their foreign profits are “permanently reinvested” abroad, a designation that allows them to avoid paying even a dime of U.S. income tax until these profits are “repatriated” to the United States. A CTJ report shows that at the end of 2015, Fortune 500 corporations disclosed a total of $2.4 trillion in offshore profits, on which these companies may be avoiding as much as $695 billion in U.S. income taxes. 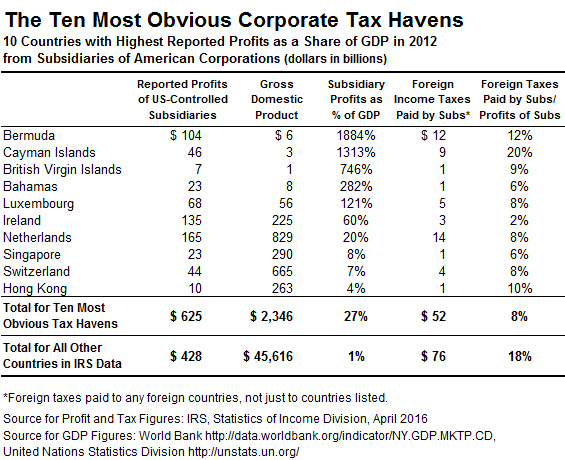 5. Various presidential candidates are proposing huge tax cuts that would paradoxically make most Americans worse off.

■ A CTJ analysis of the large tax cuts proposed by three Republican presidential candidates shows that each would cut federal revenues by at least $9 trillion over the next decade, exacerbating our nation’s already precarious fiscal situation.

■ The same analysis shows that the poorest 80 percent of Americans would ultimately be worse off under each of these tax plans because the programmatic spending cuts and eventual tax increases that these plans would likely require would negate the initial benefit of the tax cuts proposed by each candidate. 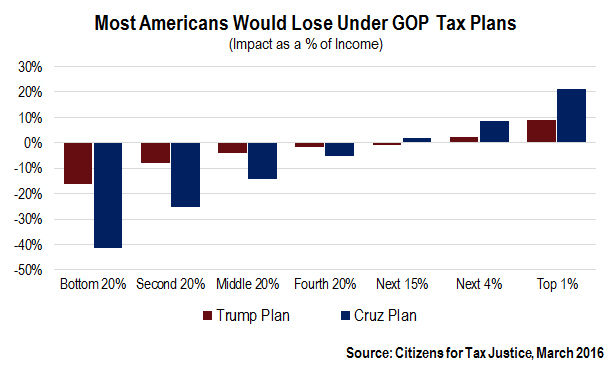