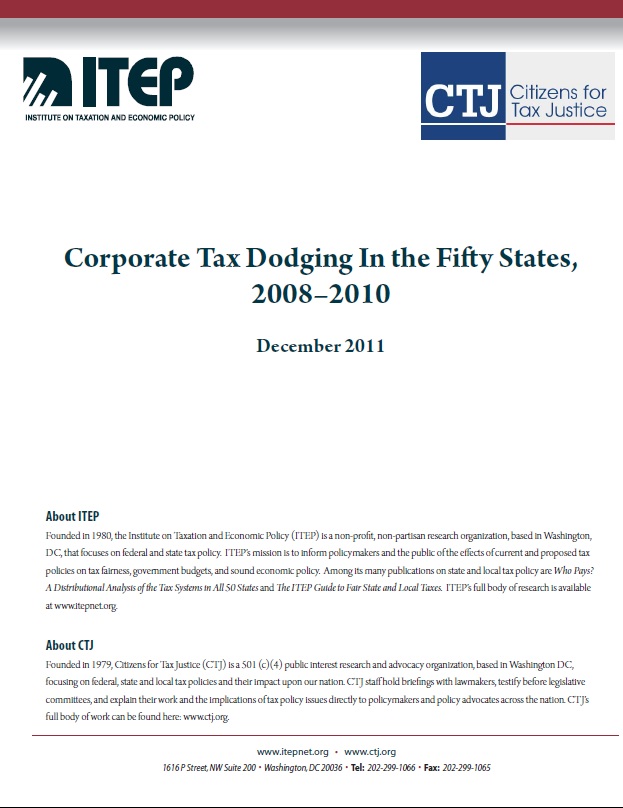 up on “Corporate Taxpayers and Corporate Tax Dodgers, 2008-2010” which was published in November by Citizens for Tax Justice (CTJ) and the Institute on Taxation and Economic Policy (ITEP). The two groups released their first major study on the federal income taxes that large, profitable American corporations pay on their U.S. pretax profits in 1984.

“Our report shows these 265 corporations raked in a combined $1.33 trillion in profits in the last three years, and far too many have managed to shelter half or more of their profits from state taxes,” said Matthew Gardner, Executive Director at the Institute on Taxation and Economic Policy and the report’s co-author. “They’re so busy avoiding taxes, it’s no wonder they’re not creating any new jobs.”

68 of the 265 Fortune 500 companies profiled paid no state corporate income tax in at least one of the last three years and 20 of them averaged a tax rate of zero or less during the 2008-2010 period.